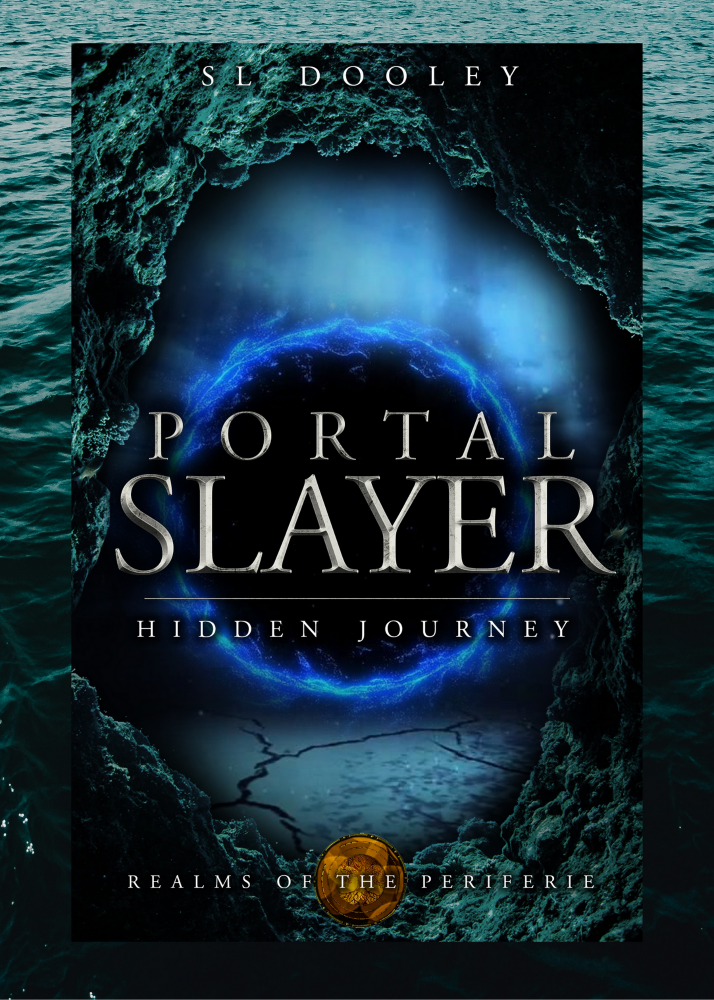 At The End of her Epic Quest, Raelyn Witt Thought She’d Saved Her Family.

She Couldn’t Be More Wrong.

And after beating a relentless enemy in a hidden dimension and saving the one person she loves most in the world, Raelyn thought she was prepared for anything. Not even close.

A second portal between Earth and the realm known as Alnok has opened. But this time it’s different. Only three of the “Cord” remain. Kade? Gone. Tracking down one of their vanished party. Another of their band mortally wounded. How can Raelyn hope to stand victorious? But there isn’t a choice. They must take the battle to their sworn enemy, Cosyn before he unleashes a series of cataclysmic underwater volcanoes on earth. Once again, Raelyn must rise up and uncover the hero within. Because if she doesn’t, redemption for herself, and for the world, will be shattered forever. Hidden Journey, book two in the epic Portal Slayer series will take you on a rocket ride to worlds that will capture your heart and soul.

The Portal Slayer trilogy exposes an evil just outside our perception. But its hidden nature makes it no less real. We embark on a journey with everyday people, using unconventional weaponry to battle an enemy who first targeted their family, and now the world. We cheer for these heros who question their abilities, their calling, even their worth, because sometimes we all do as we slay demons of our own. What we find is a power to overcome the ultimate evil or the everyday hassles, whether in an alternate dimension or in our own homes.

Want to be a part of sharing a world where those who wish to escape will find inescapable truths?
Read on . . .

Who joins a Launch Team?

Anyone who enjoys celebrating up-and-coming books and wants to be a part of inviting others to the party. If you're as passionate as I am about reaching readers who want to take a journey to fantastical worlds and find deeper meaning in their own, then we’re going to have a lot of fun.

Why Join the Team?

What happens?
In this three-week mission you will: