The Portal Slayer trilogy follows the story of Raelyn Witt, an ordinary graduate student from Texas who enters Alnok, a realm in the fifth dimension, to save her brother from a life-threatening illness. Four other unlikely warriors join her to stop a demonic enemy hell-bent on destroying Earth.

Two hundred years before, Alnok was the home of a select population rescued from the Black Death. But a diabolical enemy, when he couldn’t control them, tries to destroy the Creator’s beloved people. He begins with the temporal kingdoms of Alnok. Discover Alnok, where the battle begins. Join the fellowship and receive all the short story chronicles FREE. 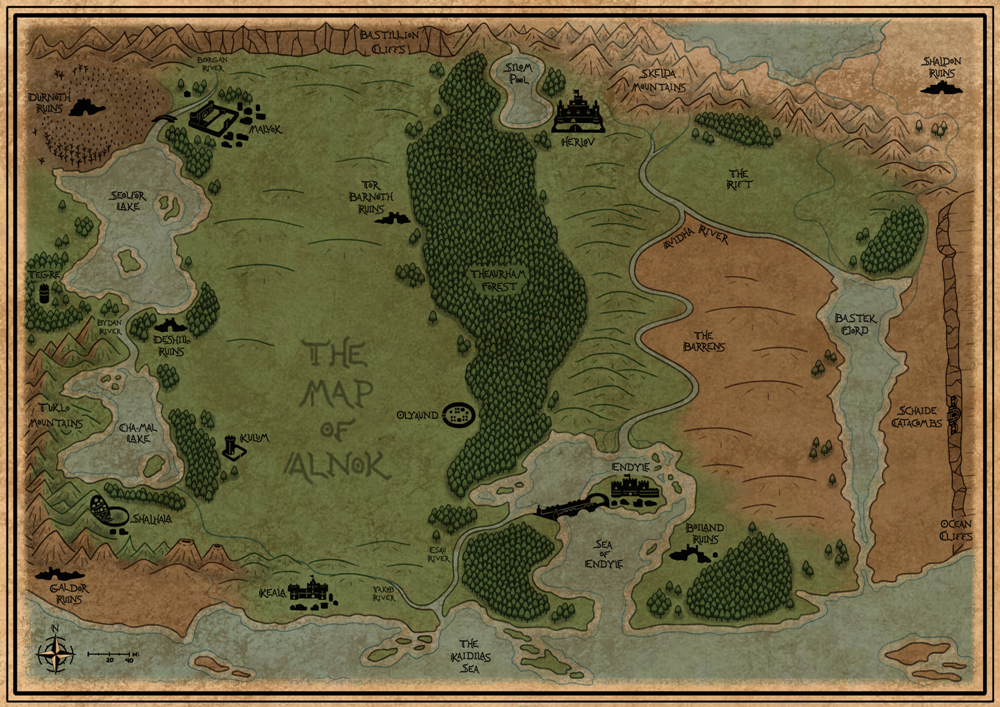 Reeder, an eager young herald, is charged with delivering a crucial letter to a neighboring kingdom. But his one chance to prove his worth is hampered by the order to take on a younger apprentice. As the enemy presses in, Reeder must learn to trust his calling and the one he has been charged with mentoring, for his message to reach the kingdom in time.

People are disappearing from the village of Tor-Barnoth, which sits on the edge of the foreboding Theurham Forest. Thirteen-year-old Bennett, an unruly and free-spirited orphan, is crushed when her twin brother must leave to defend the town. But she finds her own calling, one that requires she make the one promise she doesn’t think she can fulfill, as the enemy closes in.

A whispering malice builds in the Shaldonian mountains and Hinson, a talented but embittered mason, must risk a revolt to save the kingdom.  A young herald brings word for the people of Shaldon to abandon their homes and find refuge in a distant land. But the call is met with stubborn resistance. And when the escape route is blocked, Hinson is charged with securing safe passage. As the enemy closes in, and battling secrets of his own, Hinson must put all his skills to work if anyone is to make it out alive.

Jouatt, a shepherd longing for a greater life, finds his opportunity waiting in a distant castle. Managing family responsibilities unruly sheep and a band of giants are not enough to deter him from his calling. But when a stranger arrives, he is confronted by an impossible choice and he fears his dream may be forever lost.

There was a time when Elspeth of Galdor would have jumped into any ocean adventure. But three years after her father went missing at sea, she has not set foot in the water. But an unlikely item, washing onto shore, spurs her on a search into the deepest parts of the sea. But what she finds is more than she could have ever imagined.

Jeanetta, reluctant steward of Deshill, rules a kingdom on the brink of civil war. With daily disputes, a divided council and an undisciplined army, her oversight is tenuous at best. And rumors of her questionable line of work before rising to the throne impede any true authority. When refugees from surrounding villages begin flooding Deshill, the enemy is not far behind and the last of the kingdom's peace slips into chaos. In the midst of escalating attacks Jeanetta makes a discovery that changes everything, forcing her to make a choice that could mean salvation or destruction for Deshill.